Following up on the Pritzker Award to the late Frei Otto (see story here in The New York Times), I have unearthed my photos from a visit in August 2002 to his tensile structures for the 1972 Munich Olympics. 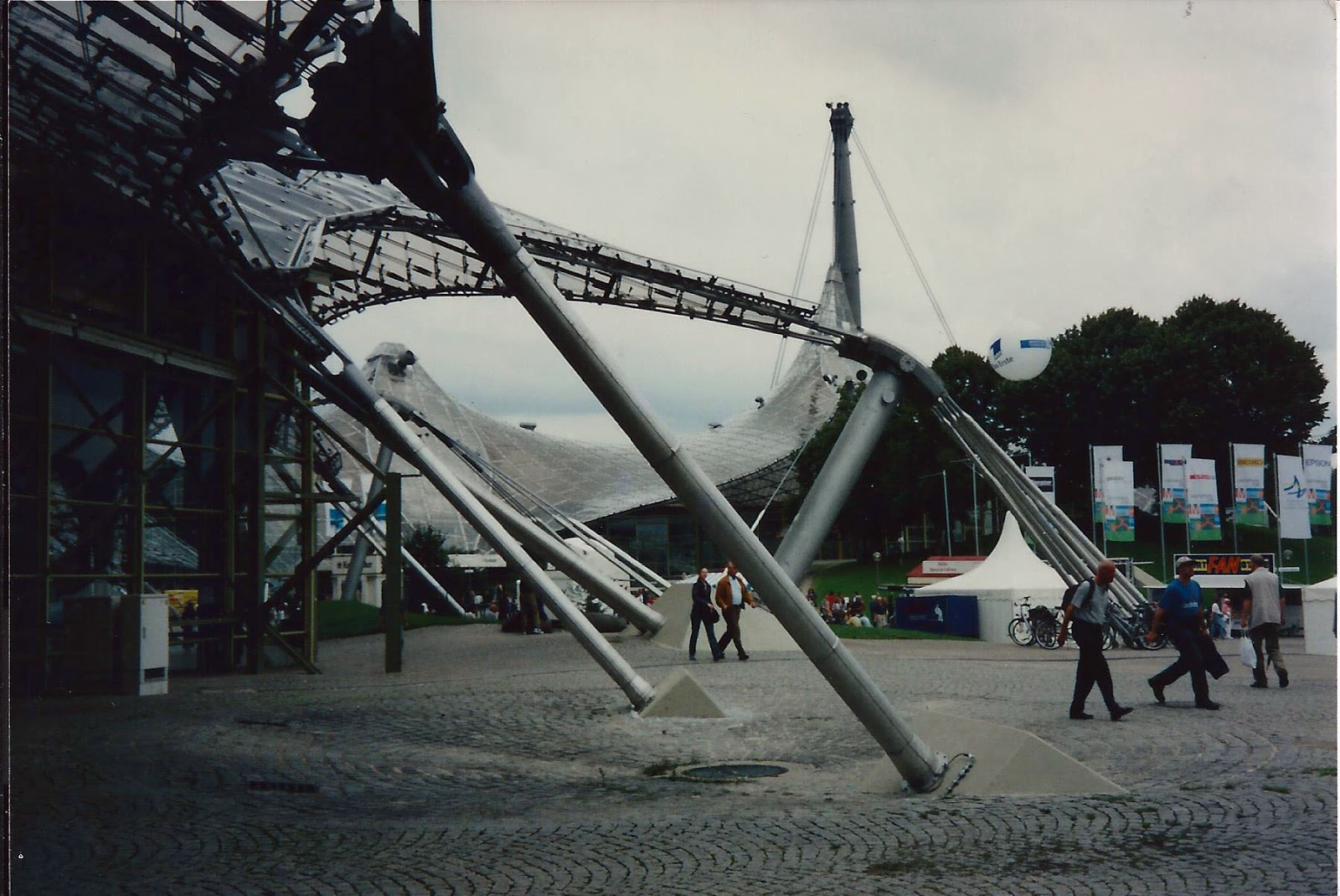 People talk about postwar German architecture in terms of transparency and lightness, how it backed off from the heavy monumentality of the Hitler years. 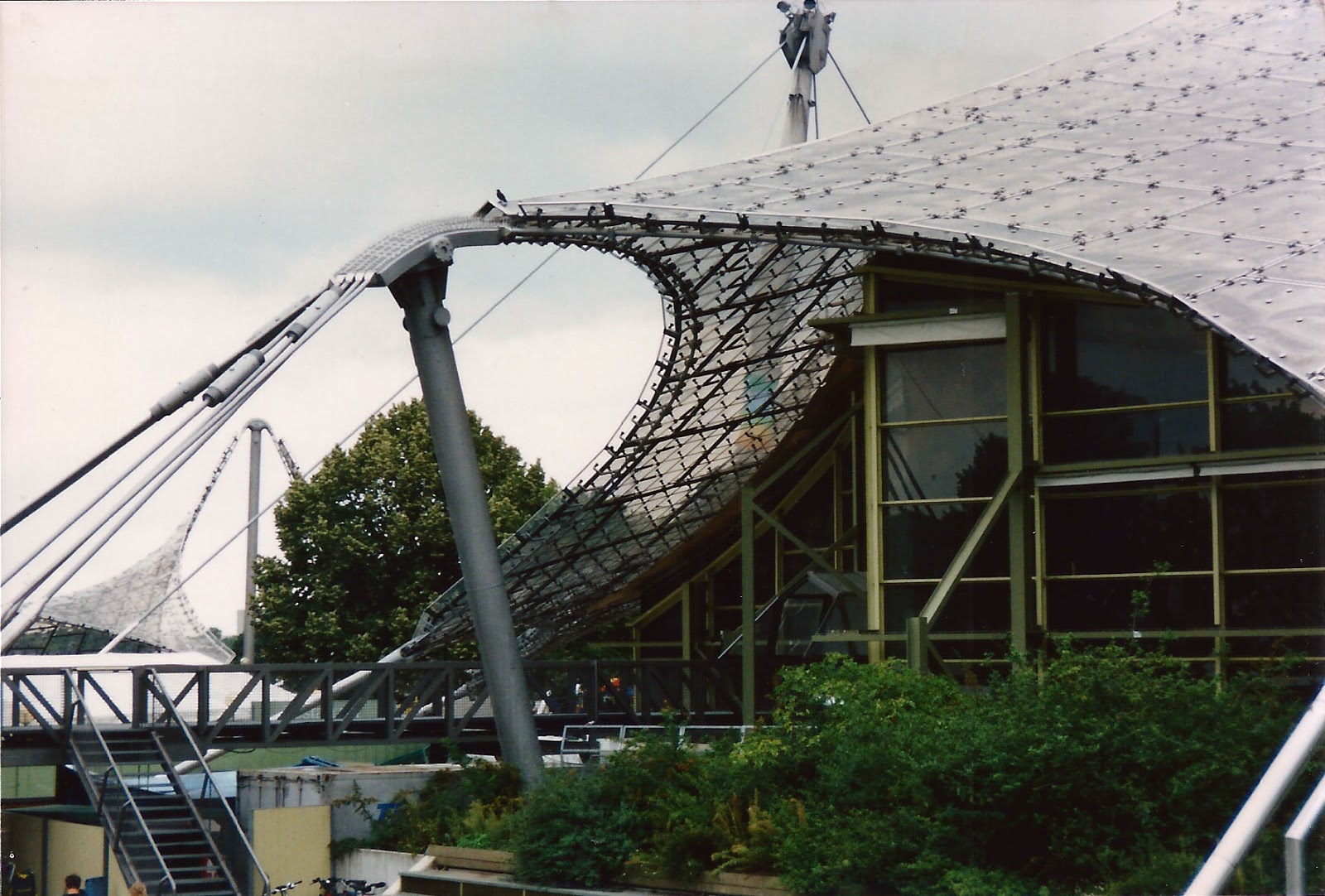 And yet Otto's different details for organizing and anchoring the cables supporting the tent structures are the most naked discourse in force --in this case tensile force, which we are not used to seeing-- that I can recall. Not exactly sweetness and light. 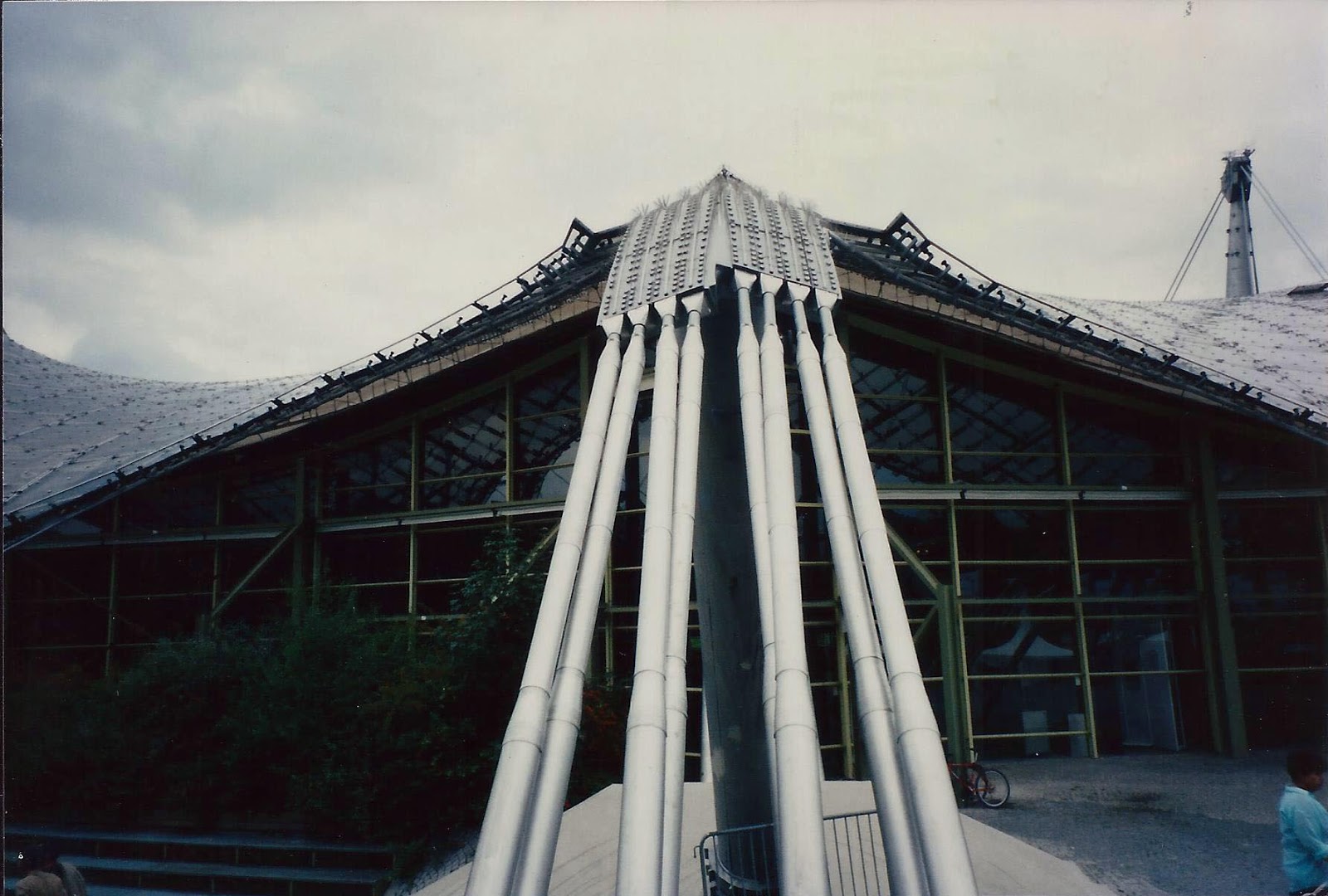 Across an artificial lake from the Olympic site, there was a large park with undulating hills made from the debris of the bombed city after the war. The views of the tent structures from there were spectacular. 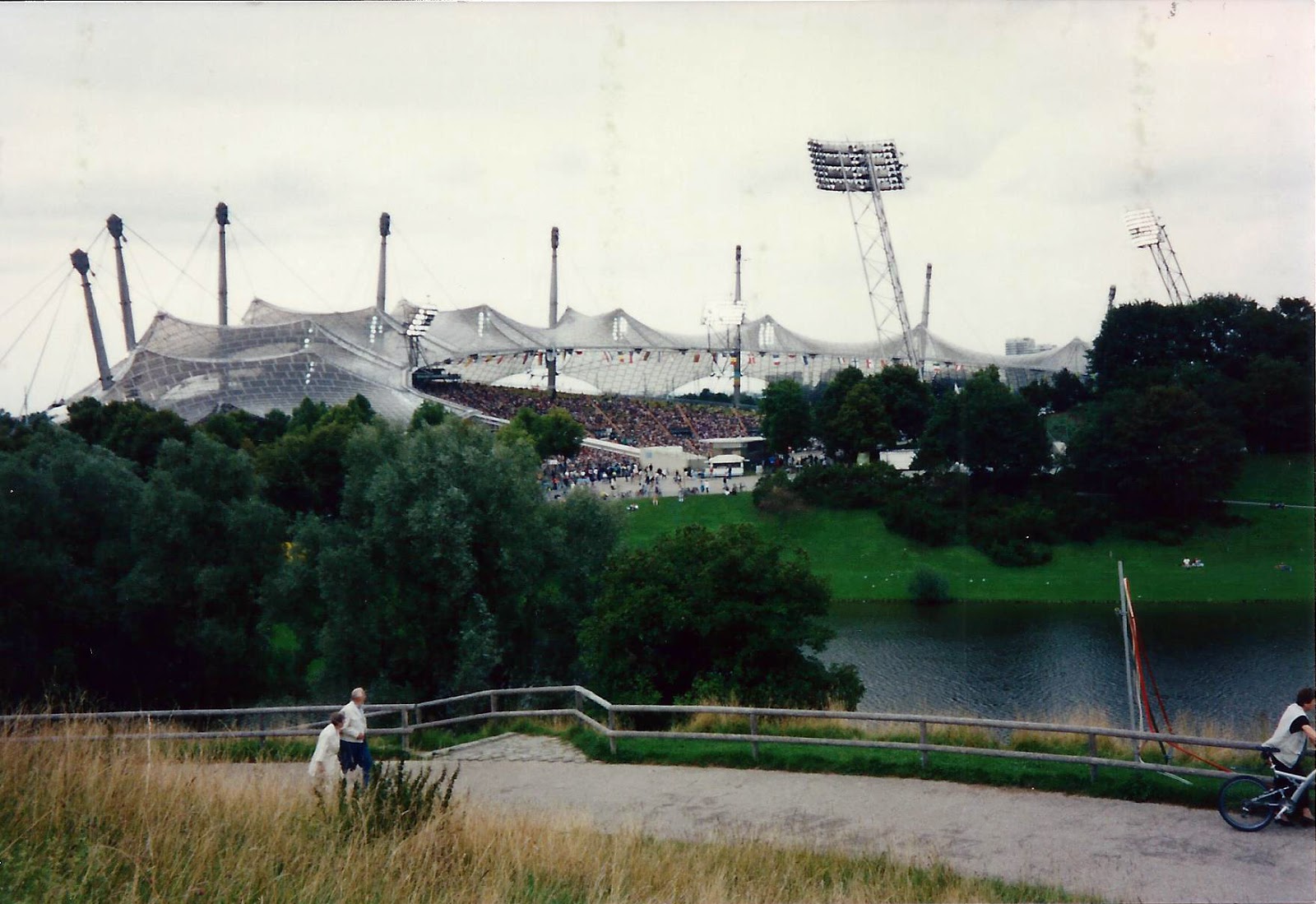 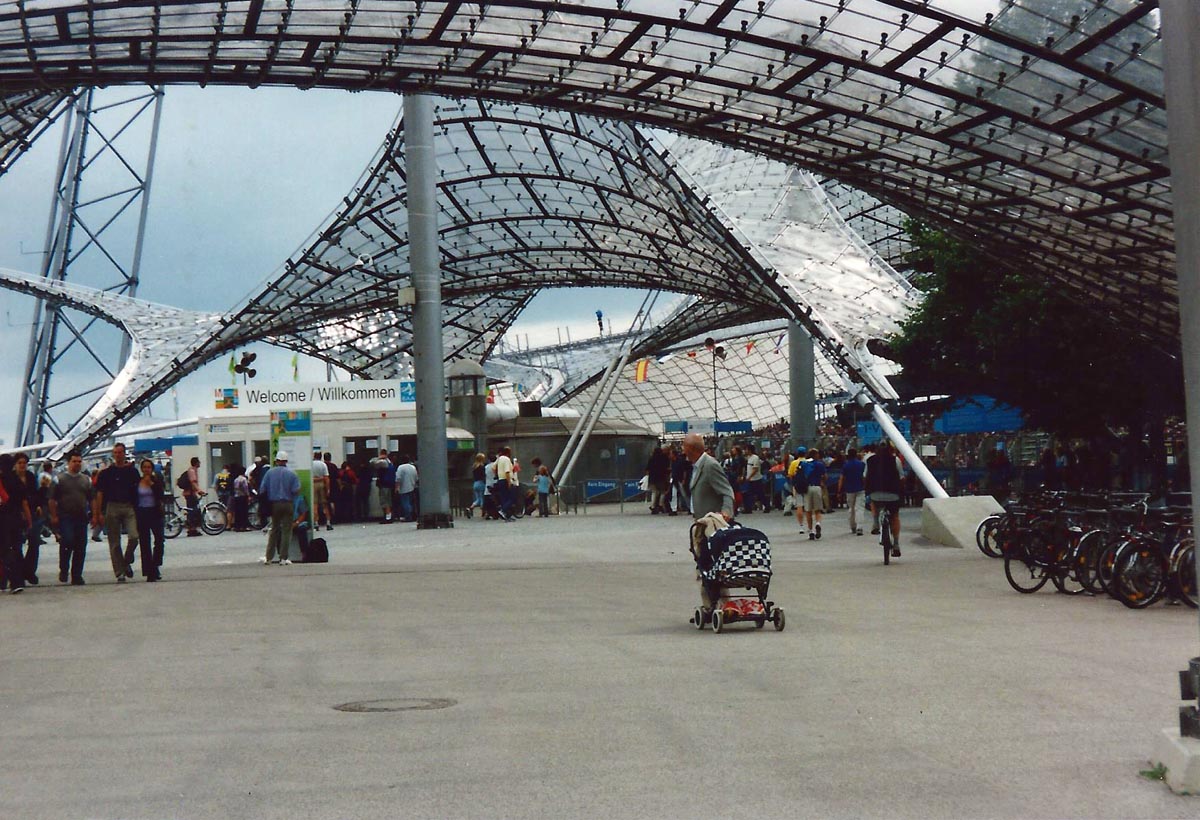 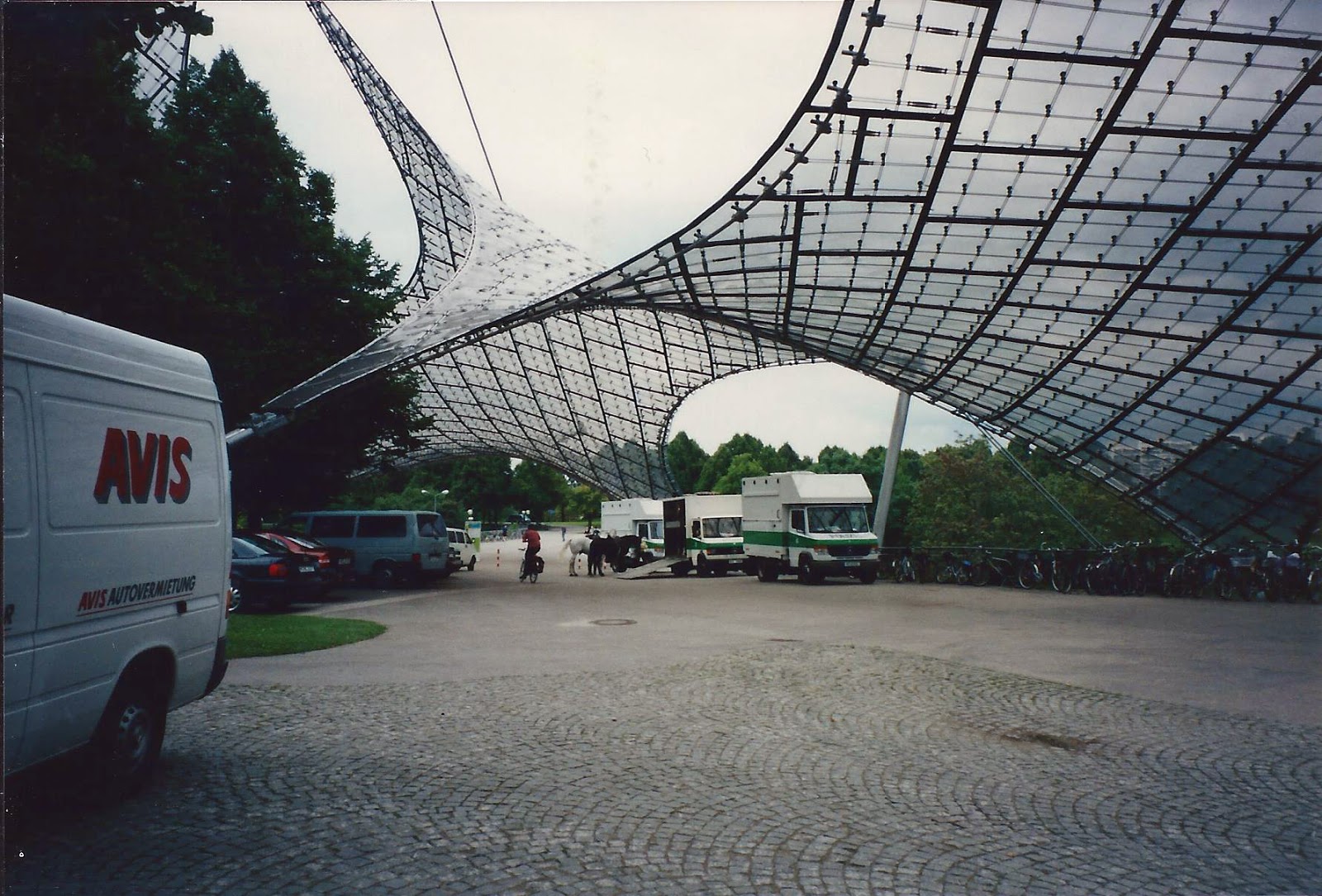 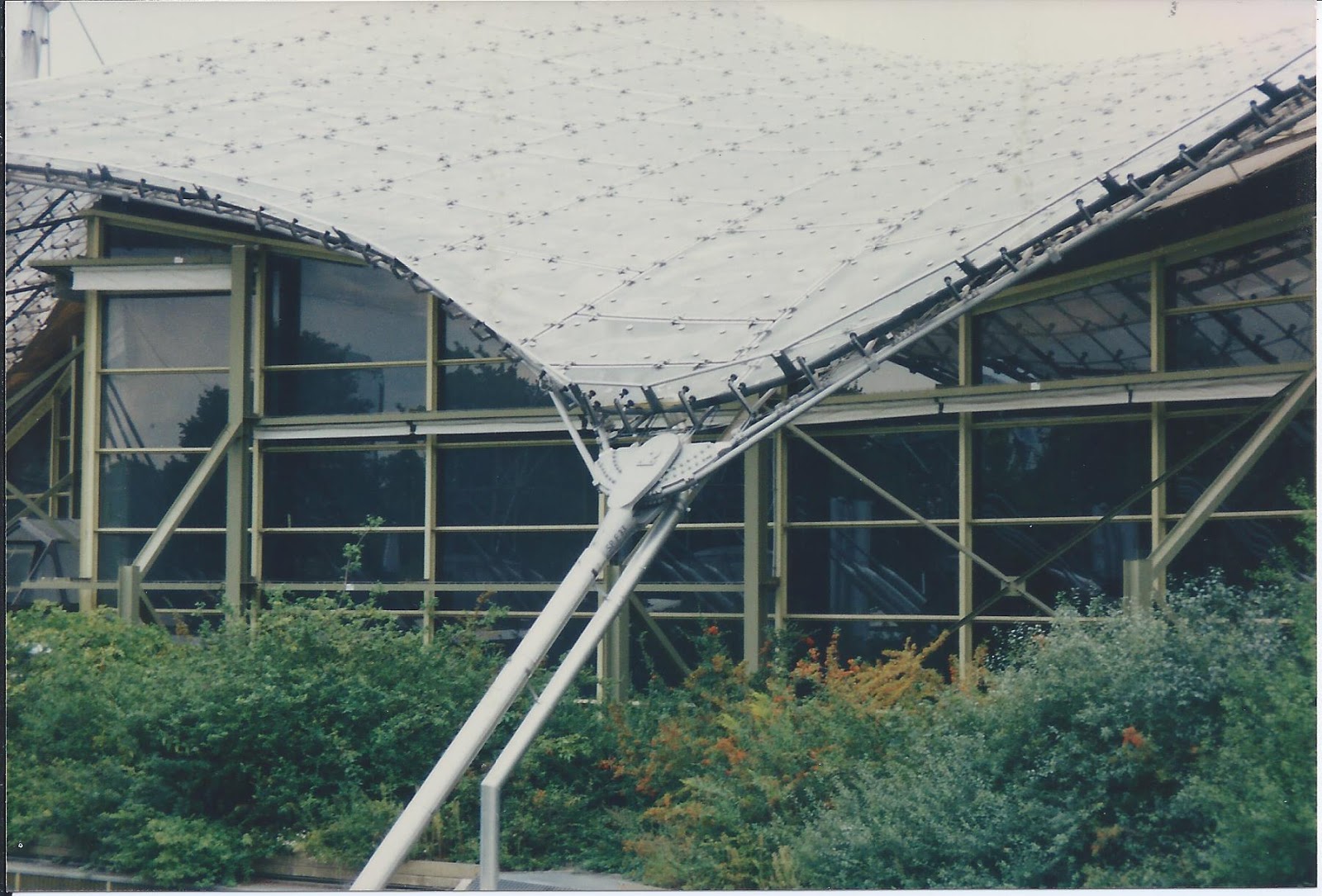