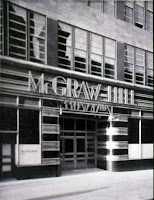 From time to time I publish long out-of-print articles on back-dated pages of this blog. The latest is my 1993 critical-historic look at New York's McGraw-Hill Building by Raymond Hood (1931).

Here are a couple of quotes:


"The skyscraper rising out of the lower buildings of the city, like a stationary turbine in the prevailing winds (on gusty days, the building's steel skeleton groans and suspended light fixtures sway on upper floors) and the ocean liner moving majestically through the great space of the crowded harbor are images of a monstrous, fascinating power which captured the popular imagination."

"From this perspective, the reductive functionalism of the postwar American office building could appear to be an act of contrition for the excesses of the 1920s and the nightmare of the succeeding Depression."

Email ThisBlogThis!Share to TwitterShare to FacebookShare to Pinterest
Labels: Backlist

All the Usual Suspects

Luis Fernández Galiano has organized a series of lectures this fall at the Juan March Foundation by Norman Foster, Rem Koolhaas, Herzog + De Meuron and Sejima + Nishizawa. The title is "Protagonistas de la arquitectura del siglo XXI" or "Protagonists of 21st Century Architecture" and the dates are October 18, 20, 25 and 27th. Entry is free.

New Life for Utzon's Can Lis 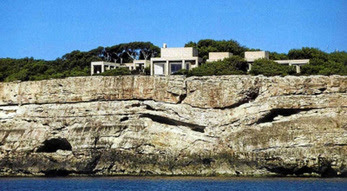 News brief: Jørn Utzon's 1971 Can Lis house in Mallorca will open this fall as a study center dedicated to the architect, reports SCALAE. It is operated by the Utzon Foundation, based in Denmark.

Utzon's second home on the island, Can Feliz (1991-94) remains in the hands of the Utzon family.

For more on the story, the house and how to apply for a residency:
Danish Arts: News and Danish Arts: Funding.

Photo from SCALAE.
Posted by David Cohn at 11:38 AM No comments:

Vicens is also the designer of 200 temporary confessionals, inspired in sails, that are being set up in the Retiro Park. 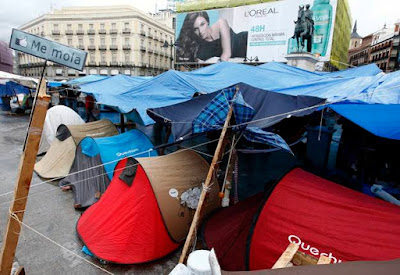 Meanwhile, on August 2nd, police dislodged the few remaining protesters of the "15th of May" movement in Madrid's Puerta del Sol and demolished the tents and temporary structures that have occupied the plaza for months. The ephemeral architecture of the encampment was the subject of a review in El País on June 17; its social organization was one of its most interesting features. 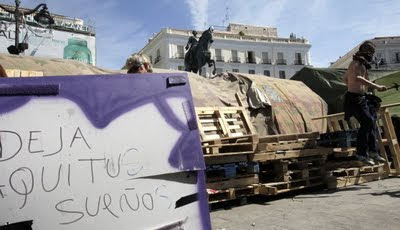 Protesters presume that authorities finally acted to clear the encampment in anticipation of the Papal visit, with 1 million visitors expected. The plaza was cleared without tear gas, beatings or arrests. Over the past two days protesters have been playing a cat-and-mouse game with the police to retake the plaza. 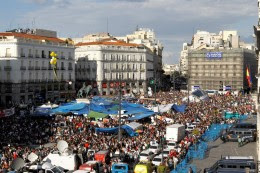 
Note added August 6, 2011:
Protesters retook the Puerta del Sol on Friady. Their main goal seems to be to re-establish an information post there.
Posted by David Cohn at 2:53 PM No comments: